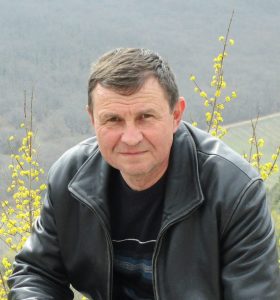 Mr Vladimir Dudka, a Crimean and a person of so called ‘Ukrainian Commandos case’, declared in the court that he and other arrested were not provided a necessary medical aid in Simferopol Detention Center.

Mr Dudka complained to the court that there was cold and all time drafty in the cell. The medicines brought by relatives, were handed him with a full month’s delay. According to the Crimean Human Rights Group information, Mr Dudka had experienced an acute exacerbation of several chronic diseases just after the detention. It was December of last year when it became known that he needed a medical examination. Mr Dudka has been trying to treat himself but without an expert’s help such treatment has no effect. Mr Vladimir Dudka’s defence lawyer sent an advocacy request on his client’s health condition to the Detention Center medical unit but has not received any answer yet.

On January 26 2017 a session was held in Sevastopol City Court. The court denied an appeal against the judgement of Leninsky District Court of Sevastopol City and remanded Mr Dudka in custody until 8 March 2017.

Mr Vladimir Dudka as well as Mr Dmitriy Shtyblikov and Mr Aleksey Bessarabov were detained on 9 November 2016 in Sevastopol. As the FSB (Russian Federal Security Service) states, they are members of sabotage terrorist group of Main Intelligence Department of Ministry of Defence of Ukraine.

On 10 November 2016, by order of Leninsky District Court of Sevastopol City, Mr Vladimir Dudka as well as Mr Dmitriy Shtyblikov and Mr Aleksey Bessarabov were imposed a pre-trial restraint of custodial placement, with a further transfer to the FKU Detention Center-1 of Simferopol City, where they have been detained for the third month already.