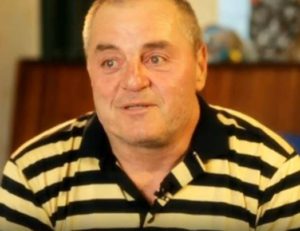 Ukrainian NGOs dealing with observance of human rights on the occupied territories are deeply concerned about the situation with Mr Edem Bekirov, a Crimean Tatar activist and a Ukrainian national. He was detained at the administrative border with Crimea, and then subject to detention on remand. According to the information of relatives and the lawyer, due to his severe health problems the activist should not be absolutely kept in custody. As the medical documents state, a part of his leg has been taken off, he is a Type 2 diabetic and suffers from CVD, and has undergone a heart surgery.

Therefore, we demand the RF government that controls unlawfully the territory of Crimea:

Acclaiming the statement of Ms Maja Kocijancic, the EU Spokesperson for Foreign Affairs and Security Policy, on January 10th, we are addressing representatives of international organizations, the EU Member – States, Switzerland, the USA and Canada with a request:

We would remind that Mr Edem Bekirov, aged 57, a Crimean Tatar activist and a Ukrainian national, was detained at the administrative border with Crimea in the morning of December 12th 2018. Now he is in the Simferopol Detention Center under a framed-up case on storing and transferring explosion hazardous substances and cartridges. Mr Bekirov is a disabled person of Group I and suffers from several severe diseases.

On January 11th 2019 Mr Mr Timur Sliezko, a judge of ‘the Supreme Court of Republic of Crimea’, rejected an appeal of the activist’s defense against the level of restriction imposed. According to the judgement of Kievsky District Court’ dated December 13th 2018, Mr Bekirov will be kept in custody till February 11th 2019. The judgement was issued by ‘judge’ Valentyna Kamynina.

During the court session the lawyer claimed that his client was not delivered a proper medical care in the Detention Center. According to the lawyer’s information, Mr Bekirov had not been delivered any medical treatment at all for the first ten days of detention though he needed his wounds where the limb had been cut off to be constantly re-dressed. Mr Bekirov’s spouse informed that he had been taken away even an artificial limb and crutches that helped him walk.

‘Due to a lack of proper treatment the patient is facing now a high risk of life loss, namely due to cardiovascular system threats (re-infarction or – even worse – coronary failure), due to an open wound of lower leg stump (a risk of acute septicemic condition) that may cause his death’ – this is stated in the medical notice issued to Mr Bekirov’s spouse by Genichesk Central District Hospital.