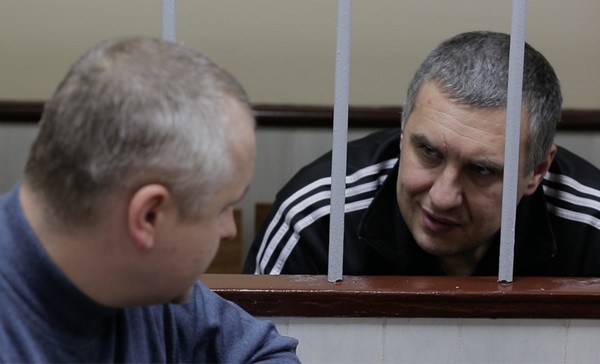 On May 24, 2018, the “Supreme Court” of Crimea held a regular court hearing regarding the case of Ukrainian citizen Yevgenii Panov on preparation for sabotage on the peninsula.

Deputy Director of the petroleum base, Sergei Titov, said that if a diversionary act had been committed, the potential damage could be up to 5 billion rubles.

Igor Danshin, an agent of the FSB, explained that he had seen Panov only once, when Panov allegedly voluntarily followed them to the FSB office to explain why he had come to Crimea.

It is planned to continue questioning the witnesses during the next “judicial” meetings on May 30 and 31.

During the last court session on May 3, 2018, four prosecution witnesses were questioned: two witnesses, a representative of the MUP (utility company) and another person involved in the case, Andrei Zakhtei.

Recall, that Yevgenii Panov is accused that he, according to investigators, “planned sabotage in civilian and military facilities in Crimea.” In the case of Yevgenii Panov, torture, psychological pressure, falsification of evidence, obstruction of the work of lawyers, violation of the right to a fair trial were recorded.