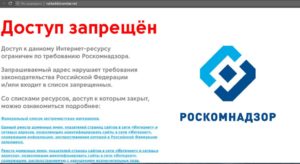 The Crimean Human Rights Group (CHRG) monitored the blocking of websites in Crimea: Ukrainian information resources including the websites of major Ukrainian TV channels, in July – August 2018. The accessibility of the websites was checked through networks of seven different providers in six Crimean cities and towns: BelNet (town of Belogorsk), SevStar (city of Sevastopol), KST (city of Simferopol), Mechta (city of Simferopol), Borsportelecom (town of Kerch), YaltaNet (town of Yalta), SkyLine (town of Krasnoperekopsk). For the purpose of comparing the blocking of these websites was also monitored through checking one of the Moscow City providers.

The CHRG checked 30 websites access to which was completely or partially blocked, in at least the abovementioned cities and towns.

The monitoring showed that 11 websites of this list were blocked by all seven providers checked in Crimea. These are: Black Sea TV and Radio Broadcasting Company (ChTRK), Channel 5 (P’YATY KANAL), Ukrainian Truth (Ukrayins’ka Pravda, UP), Censor.Net, 15 Minutes, (15 MINUT), Public Radio (Hromads’ke Radio), UKRINFORM, Focus (FOKUS), Depot (Depo), Sled.Net., RBK. At the same time, only seven websites of 30 are blocked in Moscow. It is worth noting that GLAVKOM website is not accessible in Moscow though may be accessed in Krasnoperekopsk.

In March 2018, the CHRG also monitored the blocking of websites in Crimea. The findings of these two monitoring campaigns are different. During the previous monitoring held by the CHRG in Crimea, websites of Channel 5, ChTRK, and UP were blocked not by all providers. Now they are blocked by at least seven Crimean providers. During this monitoring the YEVROPEYS’KA PRAVDA (European Truth) turned out to be accessible through all checked providers, while during the previous monitoring it was completely inaccessible. At the same time, the list was completed with GLAVKOM website which had not been monitored last time.

Just few websites have been blocked by six of seven Crimean providers with a reference to RosKomNadzor[1] demand. In most cases there is no connection with the websites or ERROR 403 inscription appears on the screen.

SkyLine, a Krasnoperekop provider, who refers to the RosKomNadzor demand and the RF law ‘On Information, Information Technologies, and Information Security’ in 16 cases of blocking is an exclusion. In fact, only 2 websites of these 16 are in the registers referred to by the provider in the explanations of the blocking. Herewith some websites blocked in Krasnoperekopsk as if on the demand of the RosKomNadzor, are accessible through some providers in other cities of Crimea.

Such actions of the providers demonstrate selective and unlawful blockings of the Ukrainian information websites in Crimea.

The monitoring findings have confirmed a tendency to further restriction of freedom of speech and access to information on the peninsula. The number of websites blocked in Crimea has increased, comparing to the last year. This being said, a hatred to Ukrainians, Muslims, and Crimean Tatars as well as other groups has been incited in the media space controlled by the Kremlin. A large-scale blocking of Ukrainian information resources in Crimea deprives the Crimeans from a free access to other opinions, and makes them more affected by the RF aggressive propaganda, including the military one. Blocking the Ukrainian mass media in Crimea, combined with an aggressive incitement of hatred to Ukrainians, offers a means to have a more effective impact on the conscience of the young men of service age. Herewith, militarizing the conscience, inciting the hatred and blocking alternative information resources are used by the RF to commit a military crime – to draft the Crimean residents to the army of occupying state as well as to promote a voluntary contracting to the army of occupying state.

An unjustified restriction on the access to information constitutes a gross violation of fundamental human rights. In fact, there is an attempt to deprive the Crimeans from the possibility to be informed about Ukraine and the challenges that Ukrainians face in Crimea, because the mass media subordinate to the Kremlin keep back most of such facts from the peninsula residents. The actions of the Russian authorities in Crimea would result into eliminating the pluralism of opinions and substituting in fact independent mass media with sources of aggressive state propaganda.