Главная → News → To take the grandson of Mustafa Dzhemilev to the Police department tried man, who presented himself as a captain of police, – relatives 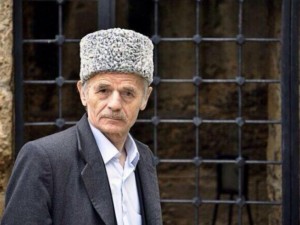 In the village of Shchebetovka, near Feodosiya city, people who presented themselves as the representatives of Federal Migration Service (FMS) of Crimea came to the house to Moustapha Dzhemilev’s grandson Errol Abdulzhelilov. About this fact Crimean Human Rights Group (CHRG) was informed by Errol’s relatives. The visitors said that they spend“passport control”, therefore all are asked to show their passports. The parents of Errol showed the passports, then the representatives of FMS of Crimea copied all the passports data.

“On a question: why such unannounced passport control is carried out, the FMS representatives answered that they trying to do everything to prevent “any destabilization in a situation”. More specific reasons they didn’t tell,” said the Errol relatives.

However, the relatives are convinced that all these actions were directed to check the documents of Errol. After the FMS representatives copied all passport data, they left.
“But soon one of the cars returned. The man, who presented himself as a police captain, said that they need to take Errol to the Police department for a interview. The second man refused to identify himselve or show his documents,” – said the Errol relatives to CHRG monitors. According to the license, one of the men was a police captain from Koktebel, Ali Fazilov.