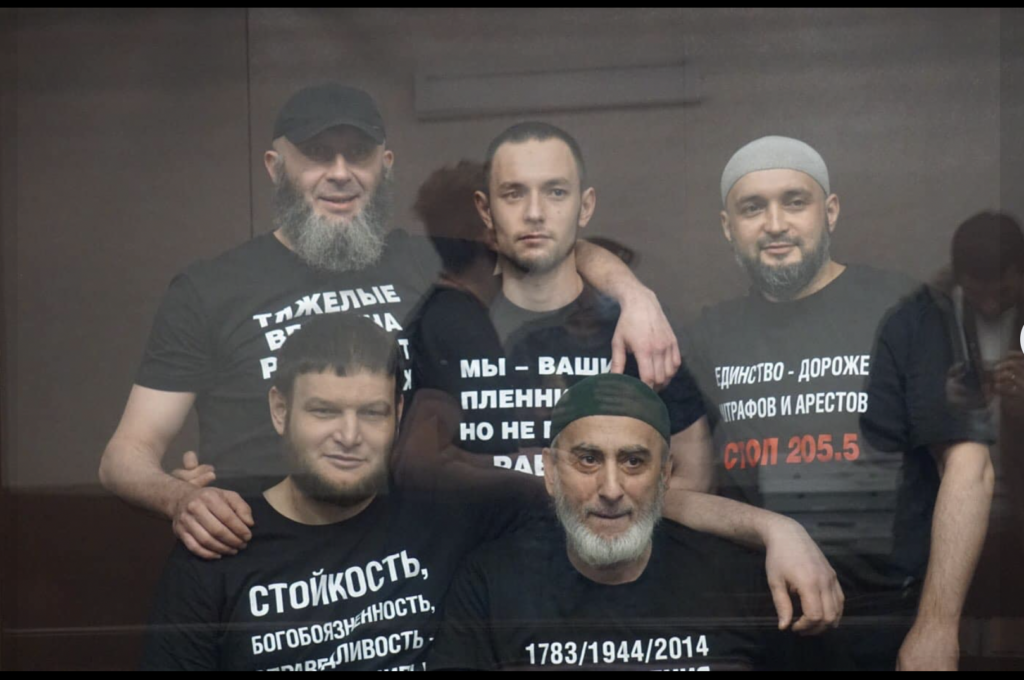 The defendants were found guilty under Articles 205.5 (Management of a terrorist organization and membership in such an organization) and 278 of the Russian Federation Criminal Code (Forcible seizure of power or forcible retention of power). All defendants were sentenced to 15 to 19 years in custody.

Thus, according to the CRIMEAN SOLIDARITY, Remzi Bekirov, aGrani.ru correspondent, and Rizu Izetov, a human rights activist, were sentenced to 19 years in custody, with serving the first 5 years in prison, and the remained period in the maximum security penal colony, with restrictions for 18 months.

Activist Raim Ayvazov was sentenced to 17 years, with serving thefirst 5 years in prison, and restrictions for 18 months.

Activist Shaban Umerov was sentenced to 18 years, with serving thefirst 5 years in prison, and restrictions for 18 months.

Activist Farkhod Bazarov was sentenced to 15 years, with serving the first 4 years and 10 months in prison, and restrictions for 12months.

At the same time, the day before lawyers, relatives and activists who were going to Rostov-on-Don to attend the verdict announcement were blocked at the traffic police post on the Crimean Bridge. None of them was allowed to attend the court hearing. People had to return home.

They are all accused of affiliation with the HIZB UT-TAHRIR, anIslamic political party. At the investigation stage the defendants were split in 5 subgroups, that, according to the lawyers, is a ‘quasi legal procedure’ because the court considered the same case files 5 times.

As reported by the CHRG, the “Case of Crimean Muslims” defendants are accused of affiliation with Islamic organizations or propaganda of activity of these organizations that are declaredterrorist or extremist in Russia, but are not such in terms of Ukrainian law.

Cases are considered in violation of the right to a fair trial, the main evidence for the court is the testimony of anonymous witnesses (many of whom are FSB officers), the pre-trial testimony of witnesses who later stated in court that such testimony had beengiven under pressure, and linguistic examinations of accused Muslims conversations. The evidence presented by the defence are usually left by the court without consideration

the "Case of Crimean Muslims"