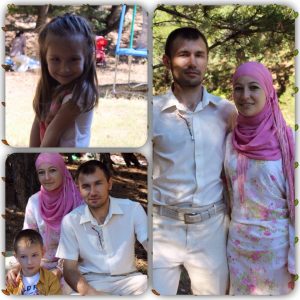 A political prisoner, a citizen of Ukraine Emir-Usein Kuku, who has been in the Simferopol jail for more than a year, has never received permission to visit relatives. Although the wife of the activist Meriem Kuku many times applied with a written statement asking for a date with her husband.

In written refusals, FSS investigator Makhnev S.V. refers to Article 18 FL RF of 15 July, 1995 N 103-FL “On the detention of suspects and accused of committing crimes,” but does not indicate the specific reason for the refusal.

According to lawyer of Kuku Alexey Ladin, such refusals for the meeting are absolutely illegal.

“If before the family could see him during the court session, now the meetings are held in closed session. The defence plans to appeal this first within the judicial system of the Russian Federation, and then systematize and already file a complaint with the European Court of Human Rights,” – Ladin reported to the Crimean human rights group.

On 28 June, Emir-Usain showed the lawyer the first letter in his support, which passed through the censorship of the pre-detention centre and reached the addressee. It was a letter from the Congress of Ukrainians in Latvia. “Although there are plenty of such letters, but censorship is blocking them” – said the lawyer.

Earlier, the Crimean human rights group repeatedly stated that imprisoned political prisoners in Crimea and on the territory of the Russian Federation are often groundlessly denied access to their relatives and all letters of support are not being passed to them, although some have been imprisoned for many months.

At this stage, the investigation into the Kuku case is completed, and the materials of the criminal case are being read. Russian investigators in the case of so called Yalta Six “Hizb ut-Tahrir” intend to complete the investigation before 8 July. This was reported by the lawyer Alexander Popkov, referring to the investigator. He added that the case can begin in the military court of Rostov-on-Don.

“According to the Russian law, all cases of terrorism, including participation in a terrorist organization that is charged to our trustees, can be considered in several military courts, including the Moscow District Court and Rostov Court. This was in regards to the so called Sevastopol four “Hizb ut-Tahrir case,” – said the defender.

Recall that Emir-Usain Kuku, like other Crimean citizens: Vadim Sirouk, Muslim Aliyev, Enver Bekirov, Refat Alimov and Arsen Dzhepparov are the figurants of the “Yalta case of Hizb ut-Tahrir.” The first four accused of this case were arrested on 11 February, 2016. A member of the Human Rights Contact Group Emir-Usenein Kuku is among them.

Statement of Human Rights Organizations Regarding Sentence of Ms.Halyna Dovhopola in Crimea