On September 23, mobilized people were being sent to the Russian army in Kerch from the military registration and enlistment office on Sverdlov Street.

According to a CHRG monitor, at least 6 ‘Z’ marked buses arrived at the military registration and enlistment office.

There were at least 300 people: mobilized and their relatives at the office. 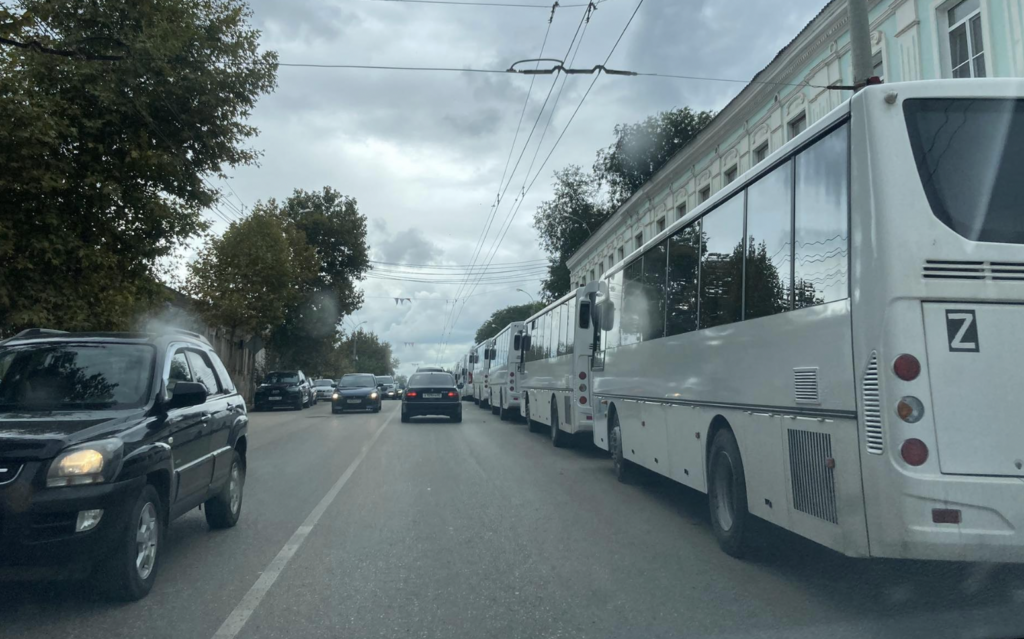 In addition, according to the monitor, in the Stroygorodok district, a police patrol issued draft cards to all the men they met.

“60 people were taken away at the ‘ZALIV’ works. People are canceling weddings and corporate parties so that the police do not break in,” the monitor reports.

To remind: according to the General Staff, 139 Crimeans have already died in the war against Ukraine, another 22 Crimeans are in captivity.

Due to the lack of the Russian army personnel for the war against Ukraine, Russian President Vladimir Putin signed an edict on partial mobilization in Russia. Actions to implement the edict began on September 21. Russian Defense Minister Sergey Shoygu said that 300,000 reservists would be called up within the partial mobilization. According to him, the recruitment will not take place as a one-time action. Mobilization will allegedly affect only 1.1% of the total mobilization resource.