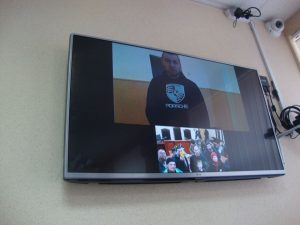 The health condition of Crimean citizen Emir-Usein Kuku, who is contained in prison of Simferopol for nearly a year, got worth. This was reported to the Crimean human rights group by the defender’s wife Meryem Kuku.

Meryem was able to see her husband and talk to him during a break in the last court hearing on 11 January, 2017 in “Supreme Court of Crimea”.

“He (Emir Usein Kuku – Ed.) looks good, but health is getting worth, the tooth is broken, the another tooth is inflamed to a large flux, the knee is inflamed,” – said Meryem Kuku. Meryem said that her husband is not provided with the necessary medical care in pre-detention centre. He was given only those medications that were given by her.

According to Meryem Kuku, while being in the clinic on compulsory mental examination Emir-Usein experienced moral and psychological pressure.

“He told me about the constant supervision of riot police or paramedics in the” loony bin”, in addition to the cameras, they look in the windows in the toilet and in the shower,” – Meryem reported to CHRG.

Crimean activist, a member of the contact group on human rights Emir Usein Kuku is in Simferopol pre-detention centre already for 11 months. The other defendants in “Yalta case of Hizb ut-Tahrir”: Muslim Aliyev, Vadim Siruk and Inver Bakirov  All four Crimean citizens were taken to the psychiatric hospital, where they had forced psychiatric examination for 30 days, and because of this have not been delivered at the hearing on the extension of preventive measures. Despite the absence of the accused, the period of detention was extended till 8 February, 2017. Defenders of Kuku and Siruk filed appeals which were dismissed on 11 January by “the Supreme Court of Crimea.” 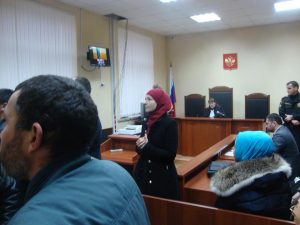 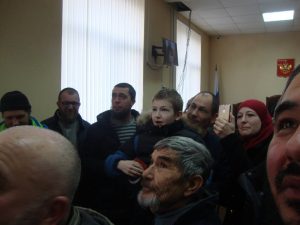