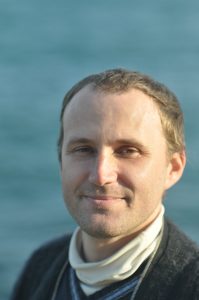 Guriy Kornilyev told the Crimean human rights group the details of the meeting with a representative of the special services.

At the request to introduce themselves, the officer of the Federal Security Service of Russia named only his name, but refused to give a title, referring to “secrecy”. According to Kornilyev, the reason for the meeting was motivated rather infeasible. The questions asked by the representative of the special services were not connected with the reason for the call in the FSS. “Allegedly there is a man in the federal wanted list that crossed the border and has similar data with me,” the Crimean noted.

Kornilyev was asked many questions concerning his biography, friendly and kinship ties, scientific activity. The scientist was asked how often he visited abroad, was interested in the topic of the scientific dissertation, knowledge of languages, education of parents. There were also questions about the circle of communication, the presence / absence of relatives abroad and in Ukraine.

Kornilyev was asked what kinds of sports he was engaged in and whether he was fit for military service, whether there were acquaintances among the Ukrainian military and security forces, is he often in Ukraine, whether Guriy went to the Maydan in 2013-2014 and participated in pro-Ukrainian rallies. Also, the representative of the FSS asked whether the Ukrainian plans to receive a Russian passport. Some questions aroused Kornilyev’s perplexity. “I was asked in detail what kind of work I was doing as a research scientist, with what plants I worked. He was wondering if I had the opportunity to pass secret scientific information to the mainland via the Internet at work, and in general, for what purpose did I use the Internet at work? “.

“At the end, reproaching me that I am answering vaguely, he tried to assure me of my friendly feelings and said that he was gathering information for my own good:” There will be fewer questions for you when crossing the border”, Korniliev quoted the FSS officer.

After the end of the interview, the FSS officer gave Korniliev a document for signing, in which he wrote down the answers to the questions, mainly concerning the biography and the circle of contacts.

Crimean human rights group advises Crimean citizens not to go to such “friendly conversations” with representatives of Russian special services without an official agenda and not to give any information about them, because any information can be used against you in the future. If you still decided to go to a “conversation”, then, before answering the questions of the special services, ask and write down the surname, name, patronymic, position and title of the officer who asks you questions.

If there is no possibility to use the services of a lawyer, it is better to refuse to give any explanations, referring to Article 51 of the Constitution of the Russian Federation.

Recall that in 2014, Korniliev openly expressed his pro-Ukrainian position and wrote in writing to his colleagues, scientists from Russia and the Customs Union, who were supposed to come to Crimea for an international conference, that an open military intervention by the Russian troops is taking place in Crimea. The Crimean citizen refused to receive Russian citizenship and received a residence permit for living in Crimea.

After learning that Korniliev does not have a Russian passport, he was offered several times to withdraw his application to renounce Russian citizenship, and on 8 August, 2016, candidate of biological sciences Gury Kornilyev was dismissed from the Nikitsky Botanical Garden. After the publication of the Crimean human rights group articles about the scientist from Yalta, the Crimean citizen was suggested to work on the mainland of Ukraine, but at this time Gury cannot leave the peninsula for family reasons. In Crimea, Kornilyev has an elderly mother, whom he cannot leave.