On 10 August 2016 the Federal Security Service of Russia has officially stated that “a series of terrorist acts” allegedly “prepared by the Head Office of the Ministry of Defence Intelligence of Ukraine” were prevented on the territory of the Autonomous Republic of Crimea by the Russian police authorities. EvgenyPanov, a Ukrainian citizen, a resident of Energodar- Zaporozhye region (Ukraine), was arrested; according to the Federal Security Service of Russia, he is a member of the Main Directorate of Defence Intelligence of Ukraine. Two other Ukrainian citizens were also arrested regarding this case: Andrey Zakhtey and RedvanSuleymanov. 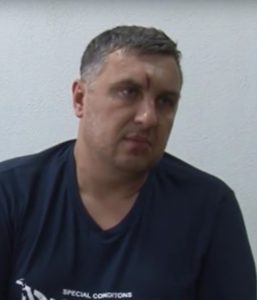 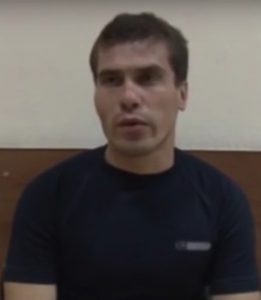 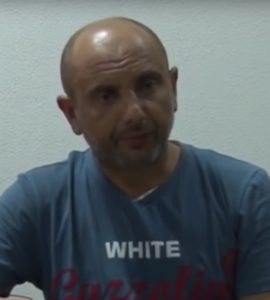 The FSB of Russia informed the Russian Foreign Ministry that Panov is accused of “participating in an armed formation not envisaged by federal law, as well as participation in an armed formation not envisaged by the legislation of that State in a foreign country, for purposes contrary to the interests of the Russian Federation.” However, the interrogation video recorded that Panov recognized that he served in the ATO zone in the Armed Forces of Ukraine (AFU) and was allegedly sent to Crimea by the Head Office of Intelligence Defence of Ukraine. However, Armed Forces of Ukraine and The Main Directorate of Intelligence of the Ministry of Defence of Ukraine are not illegal militias, these are armed groups that provided for by the legislation of Ukraine, and Russia recognizes these authorities aslegitimate. So, there is no corpusdelictiin which the FSB of Russia accuses Panov.

Another person involved in the case, AndreyZahtey, was sentenced to 15 days of administrative arrest for petty hooliganism on 8August 2016 by the court of Simferopol. However, after the arrest of Panov,the Federal Security Service of Russiaaccused him of completely other crimes. The Federal Security Service of Russia published the video of his “recognition” of preparing sabotage on 12August. The third person involved in the case, RedvanSuleymanovas the place of his residence in Zaporozhecalls non-existent address during his “confessions”, which were recorded on video. This may indicate that falsification of confessions.

The video of interrogation of Panov published by the Federal Security Service of Russia,shows traces of physical violenceon the face and body of the Ukrainian.

Panov disappeared in Crimea on 7August, on 10August the Federal Security Service of Russiastated about his detention. However, the relatives reported that Panov was brutally tortured for three days to obtain confessions, probably in the period from 7 to 10 August. Relatives find out that an electric current, a plastic bag on his head, the threat of sexual violencewere used for torture.

Wife of Andrew Zahteya said that her husband was also tortured in order to obtain the necessary evidence for the Federal Security Service of Russia.

Violation of the right to a fair trial

The designated by the authorities of the Russian Federation lawyer of Panov refuses to communicate with the relatives of the detained; he does not provide them with information about his health condition, location, charges. Intended attorney takes no action on the fixing of torture, forcing a defendant to plead guilty, despite the falsification of evidence. Thus, the lawyer for its intended purpose does not comply with the defence functions.

Panovrelatives drew another lawyer under the contract to protect him. However, the investigators do not allow under a contract lawyer to his client for more than a month. Relatives also reported that Panovwas forced to abandon the services of a lawyer hired by relatives under torture.

Videos of episodes of interrogation of detained citizens of Ukraine, in which they give the alleged confession, were widely broadcasted by Russian and Crimean media and accompanied by a statement of the Federal Security Service of Russiaregarding the capture of “terrorists” and “saboteurs”. In this way the presumption of innocence was violated, and the image of the “enemy” of detainees was attached in the information field.

According to international law, Crimea is part of Ukraine. Therefore, the activity in the territory of Crimea of the Russian judicial system deprives the today’s courts of Crimea signs of “court established by law.” Moreover, the judges of Crimea, which currently administer justice, moved into the illegally formed judicial authorities, in violation of the oath and the legislation of Ukraine. In order to maintain their status and positions they express anti-Ukrainian views and show utmost loyalty to the Russian authorities. As a result, in the politically motivated prosecution the detainees are deprived of the right to trial by a competent, independent and impartial court established by law.

“Ukrainian saboteurs’ case”  is used by the Russian Federation for strengthen of its power in Crimea, strengthening the presence of security forces, including the armed forces and the Federal Security Service of Russia, strengthening of anti-Ukrainian mood among the local population.

The Russian leadership has used this case for political purposes in the international arena. So, Russia under the pretext of “catching of Ukrainian saboteurs in Crimea” refused to participate in the meeting in the Normandy format in China during the G20 summit.

The above facts and violations of fundamental rights and freedoms indicate that the arrested citizens of Ukraine regarding the “Ukrainian saboteurs’ case” were the victims of a politically motivated prosecution. To protect their rights Russiashouldimmediately:

– To stop the torture, physical and psychological pressure; to bring to justice those responsible for torture and violence;

– To provide reliable information about the state of health; if necessary, to provide quality medical care;

– Cancel the decision taken in Crimea on the deprivation of liberty;

– To allow lawyers to the client, which were attracted by relatives of the detainees under the contract;

– To allow the Ombudsman of Ukraine or its representatives to the detained Ukrainian citizens.