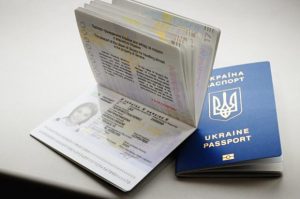 Speaking at Freedom of Speech TV talk show on ICTV channel on 15.05.2017, President of Ukraine Petro Poroshenko, when discussing the visa free regime, said that the citizens of Ukraine that remained on the occupied territories of the Autonomous Republic of Crimea, Sevastopol and Donbas territories not controlled by the Ukrainian authorities, may run into difficulties in the process of obtaining biometric passports for leaving abroad.
The President justified his position, in particular, by the issue of the IDs illegally created by the authorities of the Russian Federation and so called “LPR” and “DPR”.

However, such statements contradict the Constitution and the legislation of Ukraine, are discriminative in respect of the persons that stayed on the territories not controlled by the Ukrainian authorities, and create tensions in the society.

The procedure for issue of passports for leaving abroad is determined by Resolution of the Cabinet of Ministers of Ukraine No.152 “On approval of sample of blank form, technical description and procedure for execution, issue, exchange, transfer, withdrawal, return to the state, recognition as void and destruction of foreign passport of Ukrainian citizen” dated 7 May 2014, according to which each Ukrainian citizen has the right to obtain a passport for leaving abroad.

According to the above Procedure, to obtain a foreign passport in case of temporary leaving abroad, the applicant should submit:
— an application-questionnaire;
— passport of Ukrainian citizen (for persons that reached the age of 14);
— certificate of birth (in case of execution of foreign passport for the first foreign trip to a person under 14);
— corresponding documents with acknowledgement by the bank of performance of the established legal payments (consular charge), or the original and a copy of the document exempting the applicant from such payments (consular charge)
— in case of execution of passport for a person under 12 or to a person unable to move independently due to a durable impairment of health approved by respective statement issued by a medical treatment institution, the applicants may submit two 3.5 х 4.5 cm color pictures and one 10 х 15 cm picture for entry of digital image of the face by way of scanning.

The list of the documents required for obtaining a passport is exhaustive. Therefore, there are no separate ad hoc requirements or restrictions applicable to the citizens of Ukraine that stayed on the occupied territory of AR of Crimea and Sevastopol and non-controlled territory of Donbass.

The citizens of Ukraine that apply for a foreign passport need to check their passports of the citizen of Ukraine (“internal” passport). Such passport must be valid, i.e. contain respective photos on reaching their holders the age of 25 or 45, it should not contain any records not prescribed by the Ukrainian legislation, and should meet the norms of the effective laws of Ukraine.

Furthermore, the list of grounds for refusal to issue a foreign passport is also exhaustive. This list does not specify such ground for refusal as registration of the applicant on the temporary occupied territories of Ukraine or in the zone of ATO.
Therefore, in case an authority refuses to issue a biometric passport for a foreign trip, the applicant should request written statement of refusal, after which he/she should initiate an administrative judicial procedure requesting to recognize the acts of the migration service or other authorities as illegal.

At the same time, we hope that the statements of the President of Ukraine do not reflect any decision of the state to apply a discriminative policy in respect of the citizens forced to stay on the occupied territories or those who involuntarily left those territories and need special protection from the state.