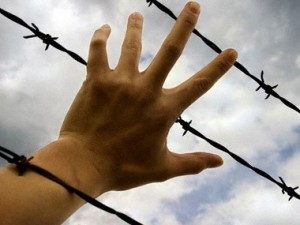 The head of the Crimean human rights group, Olga Skrypnik, spoke about the main risks for political prisoners, which contains a new bill, presented by the Ministry of Occupied Territories on 25 May.

The bill proposes to create a commission that will determine whether the Ukrainian is a political prisoner, deprived of his liberty in the territory of the Russian Federation, Crimea or Occupied territories of Donetsk and Lugansk regions. Those who receive the status of a political prisoner or members of their families are initiated to pay monetary assistance from the state in the future.

The ministry recognizes that the law needs substantial improvement and promises to create a working group to improve it.

Analyzing the proposed document, the leader of the CHRG singled out the five main risks that the bill contains.

However, in this definition, one of the characteristics of a political prisoner is his civil or political activity. Taking into account the situation in Crimea, from the CHRG’s point of view, there are certain risks in this formulation. For example, all nine defendants in the case of “Ukrainian saboteurs” became hostages to this situation, not because of political and civil activities, but simply because someone’s hand in the FSS pointed to them. Such a principle of civil or political activity in the law is not necessary, because People can become hostages of the Kremlin and other circumstances,” – said Olga Skrypnyk.

The coordinator of the CHRG noted that the draft articles on the appointment of material assistance also need further modification.

“One of the main reasons for seeking help is that the political prisoner is currently deprived of his liberty. If a person is no longer deprived of his liberty, he can not apply for help, and the previously appointed help is terminated. And here we are faced with a serious problem. Now there are a number of political prisoners, for example, Gennady Afanasyev, Nadezhda Savchenko, Mustafa Degermenji and others who have already left the detention centre. It turns out that they cannot claim help as they are already released. We recommend that this should be modified so that those who are already released could receive the status of a political prisoner,” – the human rights activist explained.

The next thing, which Olga Skrypnyk drew attention to is the way to get social benefits.

“The state does offer a monthly payment to the political prisoner himself or his family members. This help is offered to be given at the place of residence of the political prisoner or his family. However, if both the prisoner and the family are registered in Crimea or in the so-called “L / DNR”, then they cannot receive payments in these territories anyway. Another option that is offered is the receipt of payments through representatives. So that political prisoner from Crimea could entrust his representative to receive material assistance; he must give him a power of attorney. But the problem is that any power of attorney issued in Crimea is not recognized by the Ukrainian authorities, “- explained Olga Skrypnyk.

The documents issued in the occupied territory may become a problem when obtaining the status of a political prisoner, the CHRG leader believes.

“The commission that decides whether a person is a political prisoner must use all the documents. And here there is one more risky moment, which, we believe, needs to be worked out in more detail.  As evidence that a person is a political prisoner is often a decision to select a preventive measure or other documents issued by Russian authorities in Crimea. But in our own law, “On ensuring the rights and freedoms of citizens in the occupied territories,” Ukraine does not recognize the documents issued in Crimea,” – the human rights activist emphasized.

Also in the bill, many issues are proposed to be regulated in the future with the help of resolutions of the Cabinet of Ministers of Ukraine. Olga Skrypnyk explained why this could be a serious problem.

“In the course of three years we already have several specific resolutions that contradict the law itself. For example, some of the resolutions of the Cabinet of Ministers on social security for immigrants contradict the very law “On the Protection of Internally Displaced Persons”. The Decree of the Cabinet of Ministers No. 1035, which is notorious for Crimeans, contradicts the very law on FEZ. This law itself is unconstitutional, and in addition the decree contradicts it. Similarly, there are decrees that contradict the very law “On Ensuring the Rights and Freedoms of Citizens in the Occupied Territories”. In this case, likewise: the law can be good, but if norms are regulated by contradictory decisions of the Cabinet, this, in fact, will block the execution of the law. Therefore, our proposal – all the procedural, procedural issues should be written in the law as much as possible to assign the least possible powers to the Cabinet. It is also necessary to write a clear framework in the law so that when appointing, for example, social payments, the Cabinet simply could not get out for them,” – Olga Skrypnyk said.

According to the human rights activist, the Ministry of the occupied territories of Ukraine agree to involve the representatives of the public to finalize the draft of this law.

“The minister and his deputy said that a working group will be created in the near future, which will finalize the text of this project. There are going to include people’s deputies from Crimea, in particular Mustafa Dzhemilev, who participates in the development of this project. Also, the working group will include representatives of the public, including experts from the Crimean human rights group,” – said Olga Skrypnyk.

Recall that on 25 May, the Ministry for the Occupied Territories of Ukraine presented a draft law on the recognition of political prisoners who are deprived of their liberty in connection with the Russian-Ukrainian conflict.

The bill stipulates that monthly state social assistance in the amount of two minimum wages, as well as a number of benefits, in particular for a free annual medical examination, free legal aid will be provided to persons recognized by political prisoners or to the members of their families.

Now the draft law is at the stage of discussion and has not yet been registered with the Verkhovna Rada.

According to the Foreign Ministry, as of December 2016, Russia keeps on its territory at least 17 Ukrainian citizens for political reasons, 27 more Ukrainians were groundlessly detained and arrested in Crimea occupied by the aggressor.