It should be pointed out that when assessing the migration movement, the KRYMSTAT accounted only those who registered in Crimea at the local authorities de facto.

The Crimean Human Rights Organization emphasizes that transferring the population of the occupying power into the territory it occupies violates Article 49 of the Geneva Convention relative to the protection of civilian persons in time of war.

Such transfer process would change a demographic structure on the occupied territory. 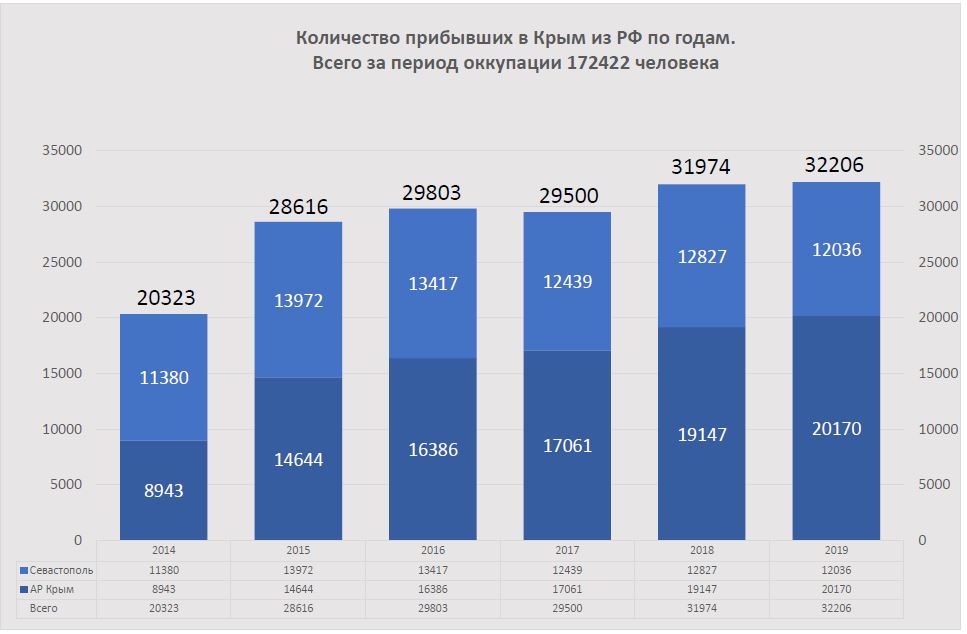