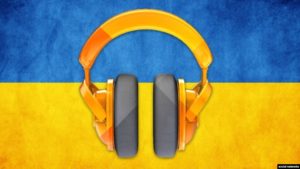 The Ukrainian radio signal is completely blocked out in at least 10 settlements of the Northern Crimea. And in 9 settlements it is blocked in part.

This is verified by the Crimean Human Rights Group (CHRG) monitoring held September 2019.

A signal of seven Ukrainian radio-broadcasting stations in 20 settlements of the Northern Crimea is blacked out by a signal of Russian FM radio stations.

This is an outcome of the Crimean Human Rights Group (CHRG) monitoring held in March – April 2019.

The KULTURA Radio, KRYM.REALII, ARMIA FM and PROMIN’ are heard in 3 settlements of the list, KHERSON FM – in 4, UKRAINSKOYE RADIO, LUX FM, and RADIO NV – in 2 of 19 checked. NOVAYA KAKHOVKA Radio was heard in 1 settlement.

Five Ukrainian stations: UKRAINSKOYE RADIO, PROMIN’, ARMIA FM, KHERSON FM, and KRYM.REALII  may be heard at the CHONGAR check point on the occupied territory of Crimea. The Russian MORE radio is heard on the frequencies of RADIO NV, and PERETS FM. This Russian radio station also broadcasts at 90.8MHz frequency. The Russian MAYAK broadcasts at the frequency of KHAYAT Radio.

The signal of five Ukrainian stations: KULTURA, LUX FM, KRYM.REALII, ARMIA FM, and PROMIN’ – is heard at the CHAPLYNKA check point on the occupied territory of Crimea.

Broadcasting of the Ukrainian FMs from Chaplynka in the Northern Crimea is replaced with such Russian stations:

Broadcasting of the Ukrainian FMs from Chongar in the Northern Crimea is replaced with such Russian stations:

Thus, the Russian authorities are blocking the Ukrainian FM broadcasting on the peninsula, having seized unlawfully the Ukrainian broadcast frequencies and deprived actually the Ukrainian nationals of access to the information of independent Ukrainian radio stations. Doing this, the RF authorities absolutely disregard that blacking out radio signals was declaimed by the International Telecommunication Convention in 1947 and the UN General Assembly in 1950.

An ever growing information isolation of Crimea is not only a gross violation of freedom of speech but also provides the occupying power with additional facility to violate further human rights and freedoms on the peninsula. Such actions must be stopped immediately, with broadcasting of the Ukrainian independent media on the peninsula to be restarted and the guilty of seizing unlawfully the Ukrainian radio frequencies to be held liable.