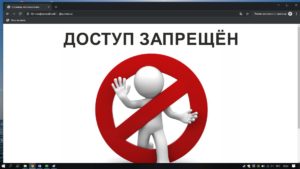 Ten Crimean providers are completely blocking 18 Ukrainian information websites and 2 social networks in nine cities. The same providers are blocking the websites of the Mejlis of Crimean Tatar People, Hizb-ut-Tahrir, and Jehovah’s Witnesses. In addition, at least 7 Ukrainian information websites are accessible only in part via these providers. This is verified by the findings of the Crimean Human Rights Group (CHRG) monitoring held in August – September 2019.

As at the end of September 2019, these providers block the access to at least 23 websites that are easily accessible on the Ukraine controlled territory: Cenzor.net, QHA, Sled.net, UAinfo, Channel 5, Apostrophe, Fokus, Glavcom, Center of Journalist Investigations, ToneTo, RBK, Ukrinform, Left Bank, Zerkalo Nedeli, Strichka, and social network websites: LinkedIn and Telegram, as well as the websites of the Mejlis of Crimean Tatar People, Hizb-ut-Tahrir, and Jehovah’s Witnesses.

Comparing to the previous CHRG monitoring held in the May of 2019, the situation with an access to the websites has become worse. The new monitoring found 5 websites more with an access blocked by all 10 providers. These are Ukrainian information websites QHA, 112 Ukraine, Apostrophe, Center of Journalist Investigations, as well as ToneTo website. It is worth noting that during the previous monitoring the website of Channel 112 was blocked by 9 providers of 10, while other websites were accessible through 9 providers from the monitoring list.

This being said, only few websites are blocked referring to the RosKomNadzor requirements. In most cases the connection with the websites fails or ERROR 403 sign appears on the screen. The providers are blocking even the websites that are not in the list of forbidden websites in Russia. So the restrictions on accessing them are not grounded even by the RF laws.

Due to such actions of the Russian authorities the Crimean residents are deprived from access to the information of the major Ukrainian independent media, religious organizations and the Crimean Tatar people self-administration website that are freely accessible on the Ukraine controlled territory. At the same time the Crimean media space controlled by the Kremlin is used to raise intolerance to the Ukrainians, the Muslims, the Crimean Tatars and other groups. Such actions constitute a severe restriction on free speech and violate a number of international norms forbidding the hatred incitement and committing the states to avoid over-intervention into the free dissemination of information.

The actions of the Russian authorities in Crimea result into eliminating the pluralism of opinions and substituting in fact the independent mass media with the official Russian propaganda sources. Thus, the Crimeans are ultimately made unable to obtain the information on Ukraine and human rights issues occurred in Crimea, since the Kremlin controlled mass media hide most of such facts from the peninsula residents.

Considering the above said, the Crimean Human Right Group is demanding the Russian Federation to stop immediately the blocking of independent Ukrainian online media on the territory of Crimea.

We are appealing to the international organizations and governments to up the ante on pressure on the Russian Federation to make it stop blocking the media and other unlawful restrictions of free speech in Crimea.