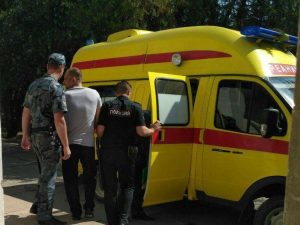 Medical care for the prisoners in Crimea is just deplorable. This conclusion has been made by the CHRG experts after assessing the information on the issue.

The most vulnerable are those who have been tortured or are seriously ill. The issue is that competent professionals are almost unavailable in the detention places. And if a man is a victim of politically reasoned persecution, a probability of his/her transfer to an ordinary hospital for treatment is equal to zero. The cases recorded by the CHRG prove that such prisoners have been either left without any care or cared at minimum level. 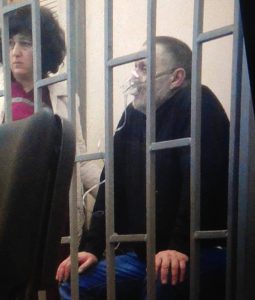 Another Crimean Tatar activist – Mr Asan Chapukh – did not receive any care after the TIA he got at the detention facility on December 6th this year. According to information of Mr Aider Amazatov, his defense lawyer, now the prisoner cannot control the left part of his body.

The lawyer stated that if Mr Chapukh was not treated the forthcoming days this would be equal to the tortures. 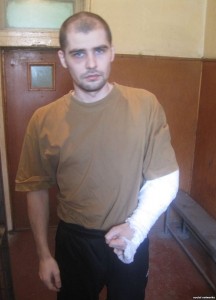 And there are rather many such people. One of them is political prisoner Aleksandr Kostenko whose arm was broken during the tortures, and functions bad (is drying out), but he has not been medically treated and is not being cared.

Another example – Mr Arsen Djepparov who was denied any medical treatment in the Simferopol Detention Facility, even when he had complained on renal pain, a serious sight degradation, and left ear hearing loss.

Sometimes even the aid brought by the relatives is rejected. For instance, when Mr Vladimir Balukh’s diseases activated after his staying in the detention facility, the wife managed to transfer injectors and ampules with medicines to the temporary holding facility where he was temporarily hold. But Mr Balukh was given just one injection, with other medicines returned. They said that ‘there was nobody to give injections’.

The story of Mr Mohammad Kabir detained in Crimea gives a very vivid illustration of a dangerous situation with the medical care for the prisoners on the peninsula.

Mr Mohammad Kabir, a Ukrainian citizen, was put in the Simferopol Detention Facility by mistake instead of the other person on September 14th 2016. When in custody, he suffered a new apoplectic attack and got no necessary medical car afterwards. This attack happened during the scheduled ‘court session. The issue is that Mr Kabir is accused of crimes performed by another man that could rather cause the health deterioration.

The stroke was followed with serious diseases that were not in fact treated, too. Moreover, Mr Kabir’s defense lawyers had to apply to the court to get him medically examined. 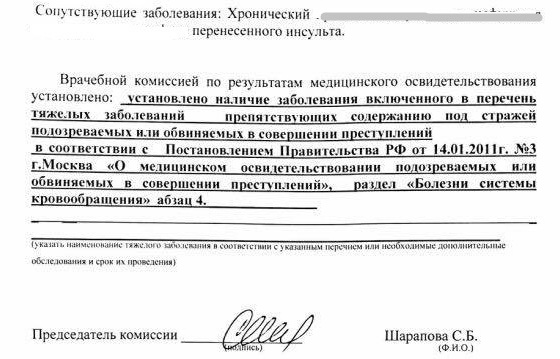 Mohammad’s lawyer tried for six months to get his client medically examined, and only after application to the court the man was sent to hospital. But only in 11 months he was released from the detention facility but restricted to his residence place. The reason was that due to heavy diseases he could not be anymore hold in custody.

Before the arrest Mr Kabir was a healthy man that is proved by the fact that he drove his car by himself when he and his family moved to Crimea. He had got an apoplectic attack before but then recovered, so it was in the detention facility where his condition deteriorated severely. Now he cannot practically speak. Mr Kabir needs an urgent surgery that can’t be made in Simferopol. But he can’t move to Kyiv for treatment as he is restricted to his residence place. Doctors say that without the surgery he may die at any moment. The reason for this is not only a fragrant injustice of the process but also a reckless disregard of the occupational authorities to the man’s health.

The imprisoned Crimeans are not properly cared not only in Crimea. The same situation is in Russia where they are moved that constitutes a gross violation of the international humanitarian law.

For instance, Mr Vladimir Gorelikov, citizen of Ukraine, has been hold in the Saint-Petersburg detention facility for a year and half already. He is accused under RF CrimCode Article 276 (Espionage) for the crime he is supposed to have carried out in Crimea in 2011. Referring to this, the FSB officers moved this Crimean resident from Sevastopol to Petersburg, to the dedicated FSB Detention Facility on April 24 2016, where he has been in custody since.

Mr Gorelikov suffers a number of severe diseases, so ne heeds a constant medical care and a life-long medication. Before the arrest the Sevastopoler underwent a heart operation, and was being treated for renal cancer. It took about 6 months for Mr Gorelikov’s defence lawyers to have their client medically examined.

However, the Russian court decided that there were no malignant neoplasms of Clinic Stage III Mr Gorelikov had been diagnosed in the list of diseases releasing from holding in custody.

As informed by the relatives, he gets no care in the detention facility. Medicines are transferred to Mr Gorelikov by the relatives themselves, with delivery of such parcels being regularly delayed.

The issue of diagnosing the prisoners itself is rather significant. The relatives say if a man has fallen ill being in the detention facility already he wouldn’t rather be made any diagnosis at all, while assigning a therapy by the prison physician is usually nothing but words.

‘First of all, each diagnosis in the detention facility confirms it is in custody where the man’s health has gone down. And this de facto makes disadvantage for the authorities since this verifies violation of right to life for such people in custody. The Crimean ‘ombudsman’ blinks at such violations, so acts in favor of the Russian authorities’ – this is an opinion of Mr Vissarion Aseyev, a CHRG expert.

At the same time, without the diagnosis made and a written therapy assignment, it is almost impossible to transfer medicines, including antibiotics, to the detention facility.

As defence lawyers say, there are rules for transferring medicines to the detention places. According to these rules, the medicines shall be transferred to the prisoners together with the certificates. These certificates may be obtained at the pharmacies when buying the medicines, but subject to presentation of the physician’s written assignment.

This is a real catch 22 – physicians in the detention facility do not issue written assignments, pharmacies do not issue certificates, prison servants reject taking medicines. The Crimeans say that they have to pay bribes to have the medicines transferred to the detention places otherwise their relatives would just die in custody.

However, a physician can only make a diagnosis and assign effective treatment, while in case of complicated disease a specialized doctor is required. The families who almost do not see their imprisoned relatives cannot surely do this. As a result, the prisoners are constantly ill and their condition becomes worse and worse. One of such cases – a citizen of Kerch who was treated for tuberculosis and HIV before the arrest. For more than 6 months he has been in the Simferopol Detention Facility. According to the prisoner’s mother, he is not only kept without any care, he is not even examined.

‘At liberty medicines – tuberculosis therapy and HIV immunomodulators –may be received free of charge only by patients themselves, after the examination. There is no such treatment in the detention facility, and I have to transfer the medicines on old assignments from liberty, the prisoner’s mother says.

She is seriously concerned about her son’s life, because if HIV and tuberculosis are left without care, with each day passed, her son has less and less chances to survive in prison.

‘Such people receive no help in the detention facility, explained by the fact that the nearest specialized medical facility is in Krasnodar. But the Crimeans are not moved there because their case investigators are in Crimea’, a relative of such patient told the CHRG. 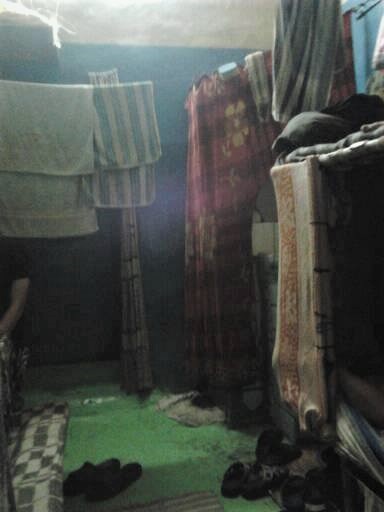 According to the CHRG data, TBC patients in this detention facility are hold in a dedicated building wing. One of such cells is 5mx6m, for 14 people – 7 two-tiered beds. But up to 20 people may be hold in such cell, and then the patients have to sleep in turn. Such diseases as TBC are very dangerous, while inhuman conditions created for these imprisoned patients make the situation even worse.

Unhuman conditions of holding in Simferopol Detention Facility are reported by everyone: lawyers, relatives and prisoners themselves.

‘Guys say that when soup is brought they find leather with hair there. If this is porridge, the oil used is such that your stomach ‘stops’ in a week. Bread is half-baked’, Lawyer Emil Kurbedinov told. 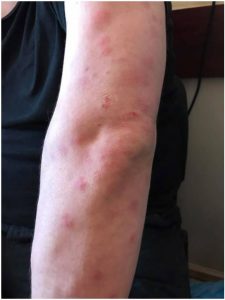 According to the lawyers, people in the Simferopol Detention Facility are bitten by fleas and cimices.

And the administration does not resolve this issue, too.

‘Before sending prisoners to the court if they are moved out from the detention facility they are hold for 6-7 hours in the so called ‘glass’. This is a narrow cell where one can only sit, one can’t lie there, and several people are put there waiting for prison van. People in such a glass may wait for the van for several hours. These premises are cramp and stifling. Prison vans are also stifling. All this wears out the man’, Lawyer Aleksey Ladin informed.

The lawyer also reported that when a man spends a day in the court he remained hungry because no packed meals are supposed, while the sessions may last sometimes the whole day. Mr Ladin mentioned that this makes prisoner to starve, making the health condition far worse.

Unhuman treatment and lack of regular care threaten seriously the life and health of prisoners. Such actions of the occupation authorities do not only contradict the RF laws valid de facto in Crimea but also violate the fundamental human rights.

First of all, the authorities, including occupation ones, shall establish necessary conditions to guarantee the right to life stated by Article 2 of Convention for the Protection of Human Rights and Fundamental Freedoms. In addition, everybody’s right to the highest achievable (adequate) level of physical and mental health is guaranteed by Article 25 of 1948 Universal Declaration of Human Rights, articles 11 and 12 of International Covenant on Economic, Social and Cultural Rights of 1966, and Article 11 of 1996 European Social Charter.

Consistent lack of medical care and unhuman conditions in the detention places in Crimea make people suffer physically and may cause their death.

Article 32 of the Fourth Geneva Convention relative to the Protection of Civilian Persons in Time of War prohibits taking any measure of such a character as to cause the physical suffering or extermination of protected persons in their (occupational powers) hands.

The Russian Federation as State Occupying Crimea is obliged to follow these provisions of international humanitarian law. The RF authorities must immediately stop practicing tortures, unhuman treatment and intended non-provision of medical care that is equated to them.