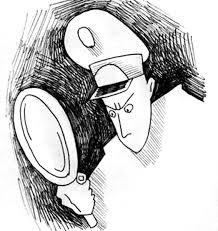 In Crimea, since the beginning of the occupation, the visits of security officials to homes for activists and journalists have increased, as a result of which the occupation authorities fabricate administrative and criminal cases against Crimeans.

Often the purpose of such visits is to “find” any illegal items and to seize mobile phones, computers and other equipment.

In the legislation of the Russian Federation, which now actually operates on the territory of Crimea, there is such a thing as “secret (secret) examination of a dwelling”, which is conducted by a court decision without the participation of a person whose dwelling needs to be inspected. However, this kind of search in activists’ cases is rarely used, as in the process of carrying it out, it is impossible to seize any objects.

Most often “a public survey of housing” is used in political persecution; he permission for the search is illegally issued by the courts of the so-called “Republic of Crimea”.

However, in the sense of the RF law, “a public survey of a dwelling premise”, unlike a search, can only be carried out with the consent of the owners of the apartment or house. At the same time, the officers do not have the right to force people to conduct such a survey.

Unlike the “open examination”, a search can be conducted only after the institution of a criminal case. However, as a rule, Russian officers come to the activists not with a search, namely with a “public examination of the dwelling”.

In fact, under the name of “a public survey of living quarters,” Russian special services and law enforcement agencies conduct illegal searches, after which they fabricate criminal or administrative cases against Crimeans.

As the Crimean human rights group has reported, the police and FSS of the Russian Federation conduct such surveys forcibly and without the consent of citizens throughout Crimea.

Such a “public survey” of the dwelling, before the opening of the criminal case was held in the house of Ukrainian activist Vladimir Balukh, as a result of which the officers “found” ammunition, and then fabricated a criminal case against the Ukrainian. Similar surveys in Crimea were in the homes of Ukrainian activists Natalia Vinogradova, Igor Movenko, civil activist Shestakovich, in the homes of Crimean Tatars Seidam Mustafayev, Seyran Saliev and other Crimeans. Almost in all cases, equipment was withdrawn and administrative or criminal cases were opened.

That’s why the Crimeans need to clearly understand what is a difference between a searches and “public survey of the home” from the point of view of the de facto legislation of the Russian Federation acting on the temporarily occupied territory of the Autonomous Republic of Crimea.

Lawyers of the CHRG have developed recommendations for the residents of Crimea with advice on what to do when conducting a “house survey” takes place.

Also, the group’s lawyers developed a number of advices on the actions during the search.

It is worth remembering that there are a number of significant differences between a search and a survey of a dwelling.

An open house survey, unlike a search, is conducted only with the consent of citizens and without their forcing.

During the survey of a dwelling, those who conduct it do not have the right to do anything without the consent of the owners to search for documents, valuables or any things. They can only examine objects that do not need to be searched and which are in the zone of visibility. When examining housing, such actions as opening the floors and walls of the dwelling, locks of cabinets, writing or kitchen tables, safes and doors to locked rooms, searching documents inside unlocked cabinets, writing desks, etc. are considered as illegal.

If in the course of the survey property is seized, then according to its results, the FSS officers should draw up a protocol of the open house survey, and the employees of the Ministry of the Interior of the Russian Federation should draw up a protocol for the seizure of property. During the search this information is entered in the search report.

In the event that no items or documents are withdrawn during the examination, its results should be formalized by an act of public examination of the dwelling. During the search this information is entered in the search report.

If the citizen does not open the door to the home, then compulsory opening of the door in a public survey is a violation of the law. In the case of a search, such actions may be lawful.

The lawyers of the CHRG also prepared a number of general recommendations to the inhabitants of Crimea. The application of these advises will help people who have encountered illegal actions by the RF officers during searches and home inspections to protect their rights more effectively.