The occupation authorities have made the restrictions on freedom of peaceful assemblies on the territory of the Crimean peninsula far severer, applying unlawfully the repressive Russian laws for this purpose.

The Crimean Human Rights Group has analysed the decisions of the Crimean ‘courts’ for April 2014 – September 2018.

For this period, 353 persons were held administratively liable, and 12 persons were indicted on criminal charges including:

Crimean ‘judges’ took 367 decisions on imposing administrative sanctions, including 334 rulings on penalties for the total amount of RUR3,942,500.

Administrative arrests (minimum 22 such rulings are recorded) and community services (11 rulings) were also applied to the peaceful assembly participants. 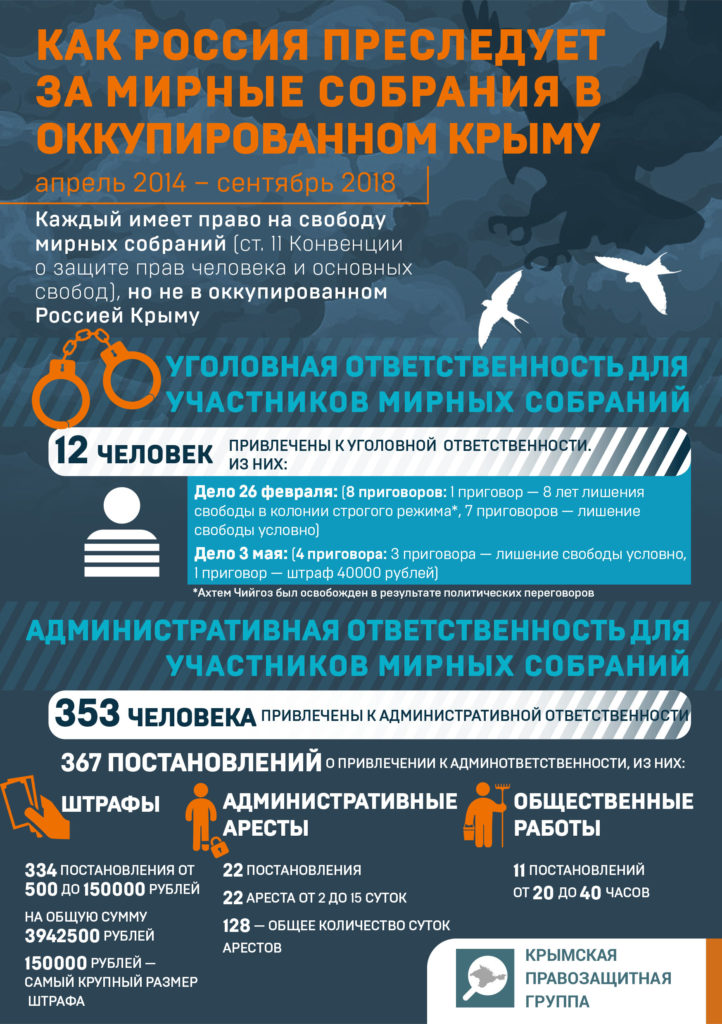 The Crimean Human Rights Group records on a regular basis not only victims of the Russian authorities’ actions in Crimea but also those who disrespect human rights and persecute unlawfully the Crimeans. Among these breakers are also ‘judges’ who have passed the highest number of decisions on criminal and administrative cases against the activists for peaceful action participation:

The highest number of sentences on administrative arrests 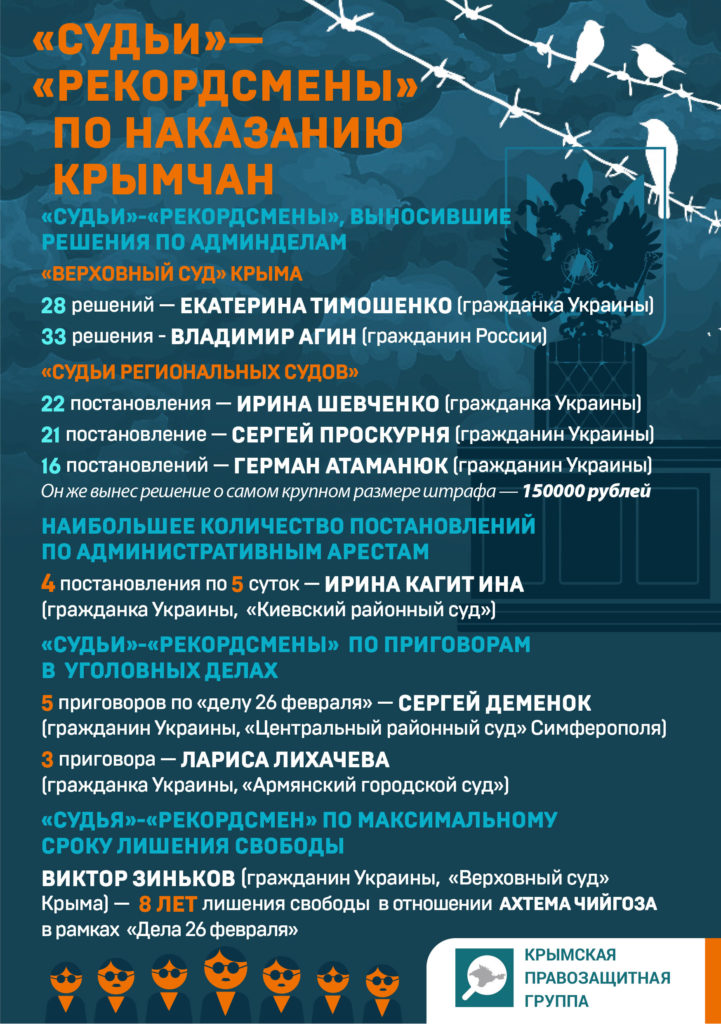