In early 2020, the Russian Federation-controlled Office of the Federal State Statistics Service for the Republic of Crimea and the City of Sevastopol (Krymstat) published data on the natural population movement in Crimea. The CHRG consolidated the published data for the entire period of occupation. The resulting picture shows that from year to year the difference between the dead and the born has been growing – the so-called “natural population decline”.

At the same time, according to Krymstat data, the population of Crimea since 2014 has increased by more than 90,000 people and amounted to 2,361,527 people at the end of 2019. The growth is due to the excess of the number of arrivals in Crimea over those who left. It should be noted that when calculating the migration movement of the population, Krymstat took into account only those who officially removed from registration or received it. Thus, the Ukrainian nationals who left Crimea but kept registration on the occupied peninsula were not taken into account. 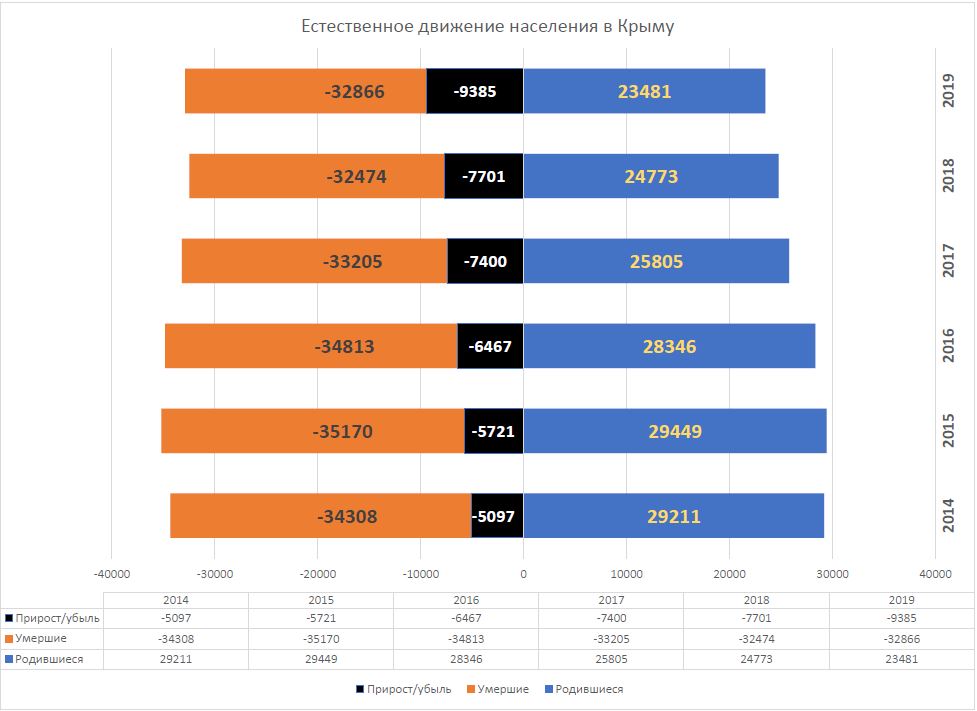