Crimean residents have reported about a large number of military vehicles, which arrived in Kerch through ferry line and proceeded deeper into the peninsula. According to eyewitnesses, a train with military equipment was at the railway station on 6 August.

On the same evening, a large column of   vehicles drove through residential area towards the exit of the city.

Photos and videos were taken at the Kerch railway station and on the outskirts of Kerch on 6 August in the evening. 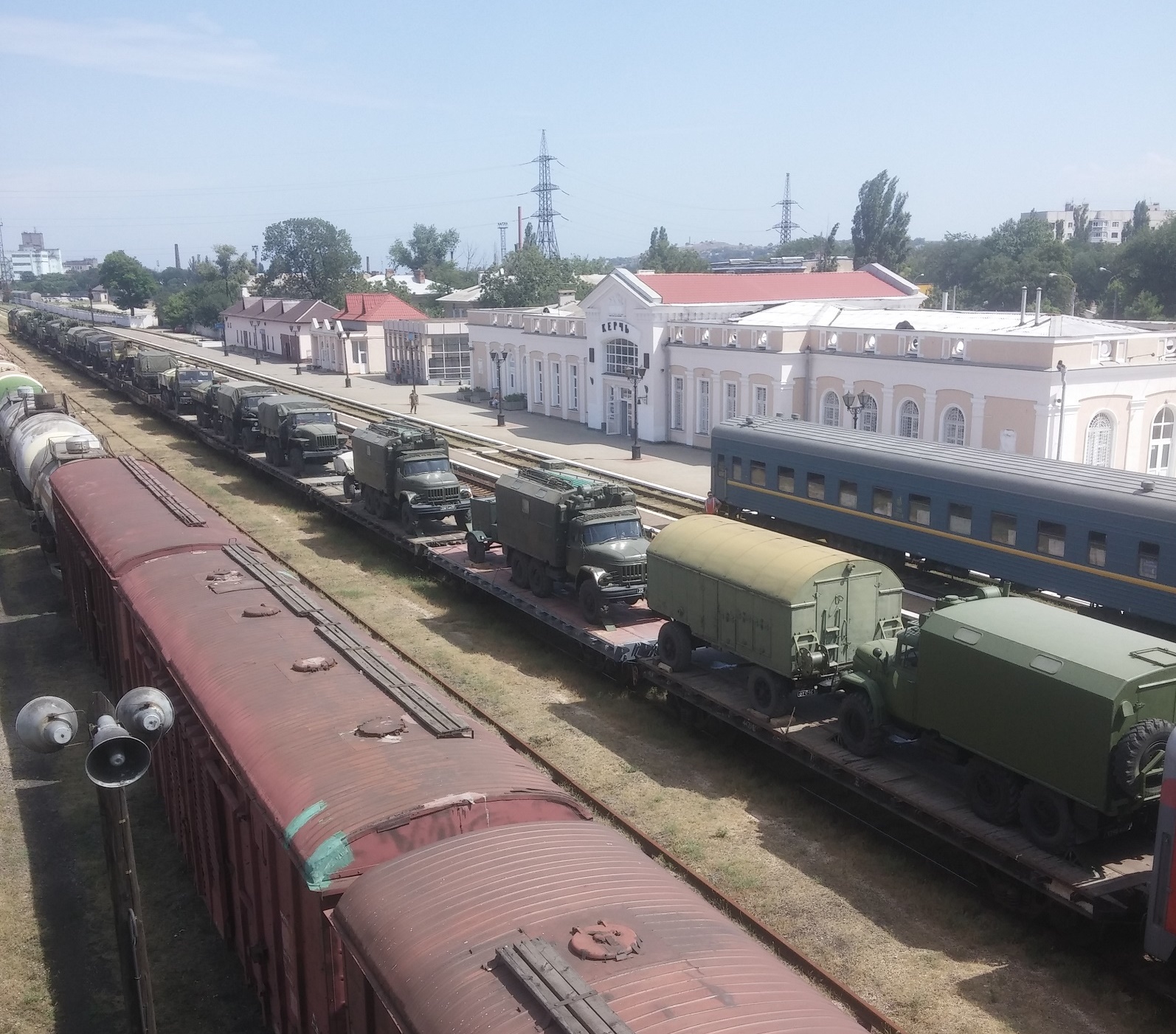 According to experts of the Crimean Human Rights Group, the movement of military equipment through civilian areas pose threat and international humanitarian law prohibits it. 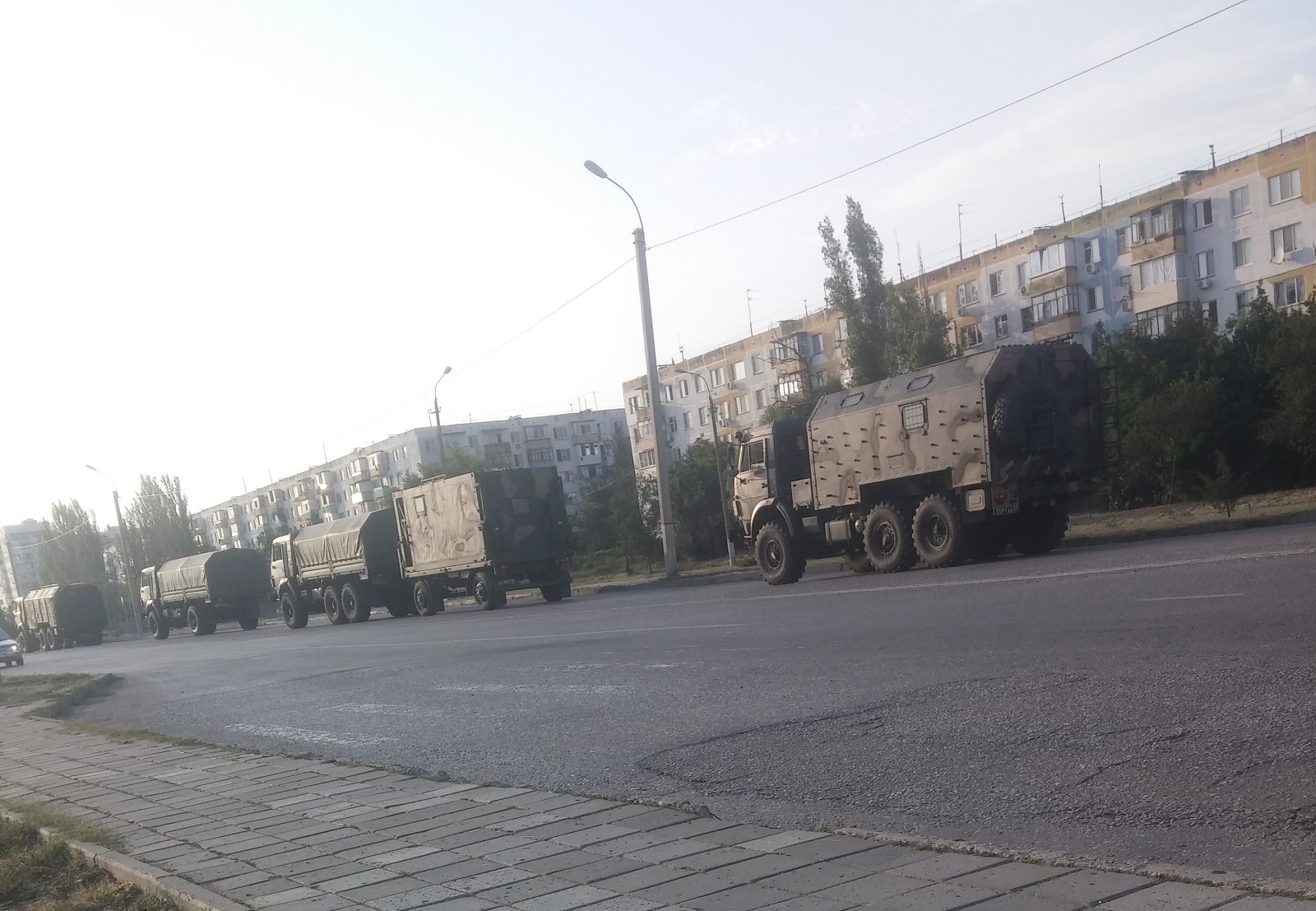